Share a memory
Obituary & Services
Tribute Wall
Read more about the life story of Virginia and share your memory.

Virginia Allen Shivers was born July 7, 1942, to Roy and Era Allen in Gary, Indiana.  She was the youngest of 7 children and didn’t have a problem letting you know that she was “The Baby”!  She grew up in Danville, Illinois.  In 1956, Illinois schools were desegregated, and Virginia attended Washington Grade School, where she became the 1st “negro” cheerleader. Virginia would go on to attend Danville High School, where her favorite subject was typing.  She graduated from Danville High School in 1961.

After graduation, she moved to Indianapolis, Indiana in 1962.  While in Indianapolis, she attended the Central Business College in pursuit of a career as a secretary.   She began her career as a receptionist/secretary for the Central Indiana Alcoholism Clinic, under the direction of Central State Hospital.  Virginia also worked as an elementary school secretary for Indianapolis Public School #79 for 7 years.  She later worked at School #108 after her girls moved on to high school around 1984.  After retiring from the IPS school system as a secretary, Virginia became a funeral attendant for Mahogany and Flanner and Buchannan (Washington Park) Funeral Homes.

She was involved in church at a very young age.  At the age 13 she accepted Christ as her personal savior at the Union Baptist Church of Danville, Illinois.  At that time, she was a very active member of the choir, Sunday School, and Training Union.  By the time she was 16, she was appointed Assistant Church Clerk.  Upon moving to Indianapolis, she united with the Northside New Era Baptist Church.  Virginia sang in the choir, taught Sunday School, and was president of the Matrons.  In 1969, she began attending South Calvary Baptist Church where she remained a member, until she moved to Terre Haute to live with her youngest daughter in 2017.

In October 1962, Virginia met Edward Shivers.  On November 23, 1963, she was united in Holy Matrimony to Edward L. Shivers.  To this marriage they had 3 children, Darrin L. Shivers (Indianapolis, IN); Ginger L. Shivers (Texas); Angela L. Shivers (Terre Haute, IN).  She had 2 grandchildren, Kylla Shivers, and Karissa Shivers.  She also had 1 great grandson, Kai Shivers.

Virginia leaves to cherish her memory 3 children, 2 grandchildren, and 1 great grandson of whom she loved with all of heart!  She also leaves 1 sister Mattie L. Gadson (Hammond, IN), 1 brother, Robert L. Allen (Rose) of Hammond, IN, and a host of nieces and nephews.  A brother-in-law, Derick Shivers (Indianapolis, IN).  She also leaves a host of family and close friends.  She also had a special friend who was like a sister to her for years, Ellen “Janie” Johnson- the two of them were inseparable.  There was hardly ever a time when she didn’t have “extra” children with her… she was a “mom” to more than just her 3 natural children.  Family and church were extremely important to her.

Persons attending must be masked

To send flowers to the family or plant a tree in memory of Virginia Allen Shiivers, please visit our floral store. 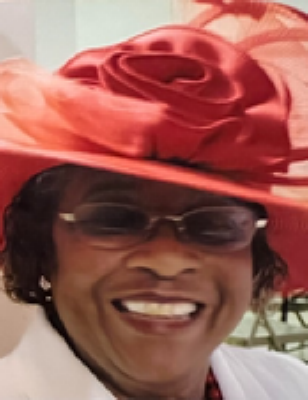