Share a memory
Obituary & Services
Tribute Wall
Read more about the life story of Reverend Emmett and share your memory.

Reverend Emmett C. Jones was born December 30, 1940 in Batesville, Misssissippi. to Teressa and Morris Jones, Sr. He moved to Indianapolis in the mid 50’s. After graduating from Crispus Attucks High School in 1958, he joined the United States Air Force in 1960 and served his country for four years. After returning from the Air Force he met Ruthanne Perkins in Indianapolis, the two were later married in 1967. They had three children, David, Tony and Krystal. Rev. Jones was employed at Eli Lilly and Co. as a Quality Control Specialist for 25 years when he retired in 1994.

Rev. Jones had a very strong relationship with God and it showed in everything he did. He knew no strangers. Every encounter was a chance for him to share the good news he felt in his heart about the Lord. Because of his love for people and strong faith, he used this opportunity to serve at Mt. Zion Baptist Church as Minister of Visitation where he encouraged and prayed for the sick and shut-in. Whether offering words of encouragement, singing songs, or visiting with members at home or in the hospital he was committed to sharing the love that he had for the Lord. In his spare time, he enjoyed bowling, barbecuing, traveling, baking and spending time with family.

Rev. Jones departed this life on November 5, 2022. He is preceded in death by his parents, two sisters, Vernetta and Dorothy Jones, brothers Morris Jones, Jr. and Frederick and Alvin Griffin. He leaves to cherish his memory, three children, David C. Jones of Indianapolis, IN., Tony Jones (Yolanda) of O’Fallon, MO., and Krystal Pippens (Tony) of Indianapolis, IN., three grandchildren, one sister, one brother and a host of loving family members and friends.

To send flowers to the family or plant a tree in memory of Reverend Emmett Jones, please visit our floral store. 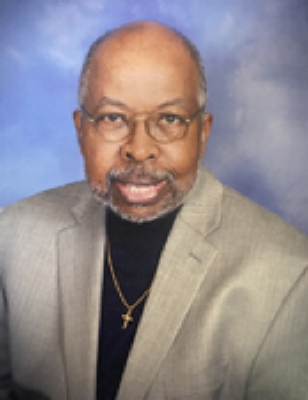