Share a memory
Obituary & Services
Tribute Wall
Read more about the life story of Barbara and share your memory.

Barbara Serita Horton Woodard was a native of Columbus, Mississippi on May 5, 1942 to Ruth and George Horton.  She was the sixth of nine children, five brothers (George, Carl, Luther, Kenneth and Michael) and three sisters (Marilyn, Charlene, Anna Ray).

Barbara confessed her faith in Christ at an early age, and was baptized into the fellowship of Mt. Zion Baptist Church in Columbus, MS.  It was from a young age growing up in Columbus, MS, that her love for music could be seen; from the time that she was able to sit upright on a stool, she could be found in front of her family’s piano playing.  Her family knew that she was both gifted and talented, and encouraged her to follow her musical dreams.  She appeared in many local and statewide music competitions, often against older students that were junior and seniors in high school, and to no one’s surprise, Barbara often won first place. She served as the pianist for her high school’s choir for four years.  She graduated from R. E. Hunt High School, finishing in the 10% of her class of 150 seniors.

After graduation, Barbara enrolled at Jackson State University in Jackson, MS where she earned a Bachelor of Science in Music (1964) and earned her master’s in Music from Ball State University.  Soon after, she accepted a position teaching music under the tautology of Professor R.C. Cousin in Columbus, MS.

Little did Barbara know how much a trip on a Greyhound to Indianapolis, IN bus would change her life.  Her bus made a stop in Nashville, TN - it was there a young man, Robert “Bob” Woodard, who had also attended Jackson State University (for three years), boarded the bus for a trip to his hometown of Indianapolis.  Once on board, he spotted someone he recognized sitting alone and asked if he could take the seat next to her.  Bob had transferred his senior year to Tennessee State University where he had the opportunity to coach while finishing his undergraduate and graduate degrees. While at JSU, they spoke in passing, but he was a “jock” so they ran in different circles.

After he transferred they lost touch, but on this fateful day, a chance encounter on a Greyhound bus would change everything for the two of them.  On
December 3, 1966 they were joined in marriage, and were together every day for the next 56 years.

After making Indianapolis their home base, they both became teachers for the Indianapolis Public School System.  Barbara was blessed to spend her entire 30+ years teaching career at IPS School #44.  She touched thousands of elementary age school children’s lives by introducing them to the joys of the arts (theatre, concerts, choir), but most especially music.  After retirement, she and Bob loved to travel, especially in their RV.  They followed the NASCAR circuit for many years.  The became “snowbirds”, so much so, it became their tradition to pack up and head west to Phoenix, AZ just after Christmas where they would stay until mid-April of each year; at least until they were pretty sure the snow would not be returning to Indianapolis

After moving to Indianapolis, Barbara joined in church membership with Mt. Zion Baptist Church where she served for many years as the pianist for the 40 member Mt. Zion Greeters Choir.  She later transferred her membership to Shiloh Missionary Baptist Church, where she was active in the church’s music ministry for many, many years.

On Monday, May 16, 2022 her guardian angels came to escort her home to rest eternally with her Heavenly Father.  Barbara will be remembered as a woman of exceptional warmth, grace and wisdom; she so willingly shared her many gifts and musical talents with all those who were blessed to have known her, and will be deeply and sorrowfully missed.  God’s heavenly choir has added another great pianist and human being to its ranks.

Barbara was preceded in death by her parents, seven of her siblings.  She leaves to cherish her memory her husband of 56 years Robert “Bob” Woodard; brother Carl Horton (Indianapolis, IN); sister-in-law Kathryn A. Woodard and Lorraine V. Woodard (both of Indianapolis); her neighbors on Burnleigh Circle; her many students who attended IPS School #44; and a host of many treasured friends from over the span of a life well lived.

To send flowers to the family or plant a tree in memory of Barbara Serita Horton Woodard, please visit our floral store. 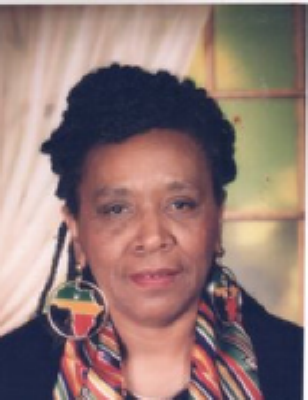